WARNING. It is natural to react after being confronted by such different and controversial thinking. Vested interests are naturally unimpressed.

However, leave the judgements to the Lord and respect other people’s property. Do not take matters into your own hands and make yourself criminally liable. All people have the inalienable right to believe whatever convinces them, regardless of whether it is true or false.

The present writer understands what it means to have deeply held religious beliefs and was once easily offended. Yet around the age of sixty years circumstances changed and brought about a reversal of just about everything he was taught by his religion.

Furthermore this did not happen overnight and took him more than a decade to adjust his thinking. He no longer follows any religion, just Yahuw’ah, the CEO and Chairman of the Board of Eluhiym in Heaven.

Whether you as the reader are interested in what he has published is entirely up to you. While he supports your right to disagree, please be careful how you do it and have a great life. 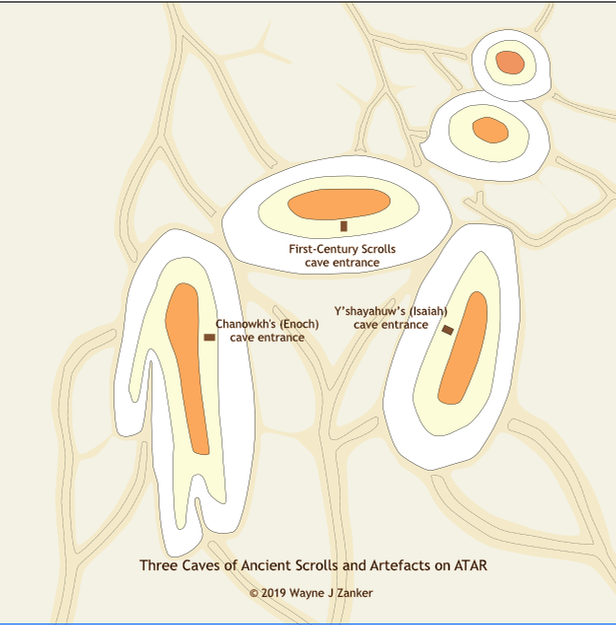 Welcome to the new FIMIOL.COM.

The next announcement is supposed to confirm relocation to ATAR and back. Getting ready to leave has been quite a challenging affair with a huge to-do list. This author’s HEP of 367 allows him to do groundwork. On ATAR it will change to 619, explaining why there has been little activity in recent months. Yet unexpectedly on the next page is a new one.

He has completed Earth’s oscilloscope, which in basic terms states that relocation to the new Earth under a different sky is becoming very urgent indeed. Research for the next page announcement** began in late March.

Biological planets have a life span of between 8300-8400 years before being reset. In 2020 it is 8360 years old. Even the Doomsday Clock has picked up on this. Expect only a few more decades or find another planet.

One of the main reasons for going to ATAR is to access three caves on the continent of Pele, where ancient scrolls and artefacts have been preserved from the seventh century BCE and the first century CE, plus a third cache produced by Chanowkh (Enoch).

The Isaiah cave contains four original copies of the Towrah and historical documents from the time of Y’shayahuw, including his own writings.

In the first-century cave are seven Gospels and other texts and letters written by Yeshuwa’s students, plus many of His own writings as the former royal-priestly Messiah of the Damascus Document community.

Yeshuwa was never in competition with the high priest Caiaphas, who considered himself the real messiah of Aharon and Yisra’el. Instead He looked forward to reigning on ATAR (John 18:36). Observe how He has never fulfilled the prophecies in Luke 1:32-33 and never will.

Archaeologists and biblical scholars have failed to find any evidence of His (or Jesus Christ’s) existence in the first century. Philo of Alexandria knew nothing of Him either and he lived in Yeruwshalem at the time.

There are reasons for this lack of evidence, the chief being they were removed to preserve them for posterity. Some have been sighted and deemed to be in good condition, due to the very slow rate of decay on the new Earth some forty light years away.

Evidence of the move to ATAR in 65 CE has now been located in the writings of Flavius Josephus. It also turns out that hard copies of these texts already exist in the Sterling City Library. The Niphla’iym are very resourceful.

Similar in format to the Loeb Classical Library Series, digital copies of the original texts with their translations will be made available using suitable publishing software and transferred to Earth. The hard copies will remain on ATAR.

Below is the present writer’s understanding of the physical topography of the caves, which reflect a certain Egyptian influence. They are well built.

Naturally the scrolls in Cave One do not support Christianity as defined by the apostle Paul and his companions. The truth about the physician Luke is not very complimentary either.

He became known to Nero and was instrumental in helping start the Jewish War and, afterwards, had Paul executed following his defection. Theophilus in Luke-Acts is a generic name for the Appeal Court Judge. It means “friend of THEOS/God”. Paul was released twice to continue his false ministry, travelling east, then west (1 Clement v,5-7).

By the way, unless determined by religious or state decree, no one is forbidden from visiting the FIMIOL websites. All are welcome.

Those clever people who unlawfully gained access to his PC and interfered with certain publishing software (just publishing) have clearly failed. The Judge of all the Earth will deal with them in His own time and way. They should not expect a mere slap on the wrist.

The link to miracles-of-quran.com has been removed after a malware alert declared it is hosting a malicious Trojan. So sad, since it presented an interesting perspective. From now on future linking to informative sites such as that will be carefully considered. Visitors must feel safe.

On March 23, 2016, this author was informed of a dangerous virus with a long incubation period being developed in east Asia. Following the pattern of the Exodus, it is evidently a pre-requisite for relocation and also a reminder that marriage equality legislation has entrenched in law Child Gender Abuse. How proud those many nations must feel to have achieved this. Yet at what cost?