Finding the right line colours is often challenging. Black seems to suit Chav-vah, yet not her divine Mistress. Both are beautiful women. Mowsiyah is one of the original Eluw’ah who came into existence 13.4 billion years ago. As female She is the binary opposite of Yahuw’ah.

She is also the mother of two other yet to be published Eluw’ah, namely, Buzbiy and Sar Shalowm (Prince of Peace). It was from Their conception and birth that animal and human reproductive systems were designed. Her form is one she chose Herself. She is from the same spiritual cloud of helium plasma as all the others, yet very much Her own person.

Now that which separates the human from other species is the soul. It was designed to communicate with the Creators and for its mind to be highly creative. The removal of Adam’s rib was to make his DNA compatible with Chav-vah’s, whose in turn was fashioned after Mowsiyah’s.

Law and Gospel do apply to the FIMIOL photographs on the landscapes. As visual prophecies, which support the non-Pauline inspired Judeo-Christian scriptures, they form an integral part of the Gospel of Yeshuwa and are being published for the purpose of showing the way to salvation.

That the world’s religions know nothing of them is not surprising. Due to their own sources of inspiration (Greek Θεόπνευστος) they naturally have to reject them. Since they are represented on the landscape, the Twenty-Four Thrones of Revelation 4:4 are also part of His Gospel of the Kingdom.

Here is where the Law comes in. Just as those who belong to the non-circumcision are excluded from Paradise, so too are those who knowingly reject Mowsiyah as the model for the creation of Chav-vah in the moist soil of Eden and subsequently all women. They simply miss out on Eternal Glory. As the saying goes, “Hell hath no fury like that of a woman scorned.” Pity they have to die first to find out when it is too late. This applies to all religions and philosophies.

Just over forty million souls so far have achieved Eternal Life since the events narrated in Genesis 1-4 began. Heaven is seeking several hundred million more before planet Earth is shut down forever.

Many in Christianity believe in a Holy Trinity. One could be forgiven for thinking this is all there is to Eluhiym. It certainly is the case for the God Serpents. In John’s Gospel, Yeshuwa speaks of the Father and the Son abiding with the believer and the promised Counsellor or Spirit of Truth coming to teach and convict the world of sin as well as speaking of righteousness and judgment (John 16:7-11).

The Great Commission in Matthew 28:19-20 also mentions baptism in the name of the Father, Son and holy Spirit of Truth, similar to the Didache, chapter vii,1, However, They are all spirits. None are ghosts and originally Yahuw’ah, Yeshuwa and Yahbeth’s names were featured. Caiaphas and the chief priests in 30 CE ordered that they be removed. His hand can clearly be seen in the censorship imposed on its contents, if one is prepared to look.

Only three Eluw’ah are needed for a relationship to be established between Yahuw’ah and the believer. Yeshuwa is the Way, the Truth and the Life and one only comes to the Father through Him (John 14:6). It is Yahbeth who makes that connection possible.

Yet in the Book of Revelation - an anti-Christian text - seven Spirits of Eluhiym are mentioned (1:4, 3:1, 4:5 and 5:6). How interesting that Yohannan never directly mentions the Holy Spirit (Spirit of Truth), since He is one of them and always appears before Yahuw’ah on the Central Throne.

This Spirit is also one of the Seven and resembles a dove with a polar bear imprinted on His chest as well as an appendage without a foreskin between His legs. His name is Tor and He is the Dove in the narrative of Noach’s universal flood.

Tor is also Yeshuwa’s companion who played with Him as a child and young lad growing up in Netserah (Nazareth). There is a FIMIOL of the two together. Sometimes He is seen resting on His shoulder with Yohannan the Dipper and as the resurrected Lamb. Both are now published on FIMIOL.COM.AU.

Evidently knowledge of the other seven Spirits of Eluhiym was among that which the Twelve “could not bear now” (John 16:12-13), including Yohannan. Forty years later, though, he is very conversant with it, while nearly 1950 years later Christianity and the other religions and philosophies of the world still remain ignorant. It is the primary purpose of FIMIOL Photographics through its web sites to correct this anomaly.

One clear area where Paul and the Twelve’s Holy Spirit differs strongly is that the latter had no need for the charismatic gift of interpretation of tongues mentioned in 1 Corinthians 12:30 and 14:26-28. On Pentecost morning every one heard and understood whatever the Sholechiym (‘sent ones”) spoke in their own native tongue (Acts 2:8,11). Wherever they went, whatever city, town or village they entered, it was as though they were one of the locals. When one visits Heaven, even though Hebrew and a special indigenous language are spoken there, conversing with others is like speaking to people in one’s primary tongue.

Furthermore, against 2 Corinthians 12:4, nothing is said there which cannot be repeated on Earth. There are no interpreters acting as translators. Unlike the gibberish of modern glossolalia or speaking in tongues, attempts at making such a message intelligible are always invented and have nothing to do with any original ‘message’. Even Paul himself said that those who speak in tongues should be able to interpret what they themselves say (1 Corinthians 14:5,13). Those who come up with the same have a real gift, he implies. Yet no one ever did.

Jesus or his un-named heavenly Father are usually the heartfelt focus of their babble. However, these do not exist, since they are the invention of the apostle Paul. Why speak in tongues when everyone in the assembly speaks the same language? Such was not the case on Pentecost morning and it was a gift given as a reward only to the Twelve and no one else. Cornelius and his household in Acts 10:46 were merely speaking Latin. Outsiders generally come into an assembly capable of speaking the same as those already there.

Paul’s Holy Spirit is, in fact, Sinvesta, the serpent God who gives complete certainty to each faction of religion or philosophy that they alone have the Truth. She is female, yet obviously not the One is whose image and after whose likeness Chav-vah was created. Those who dispute this would do well to provide substantial evidence to the contrary, such as a FIMIOL photograph. 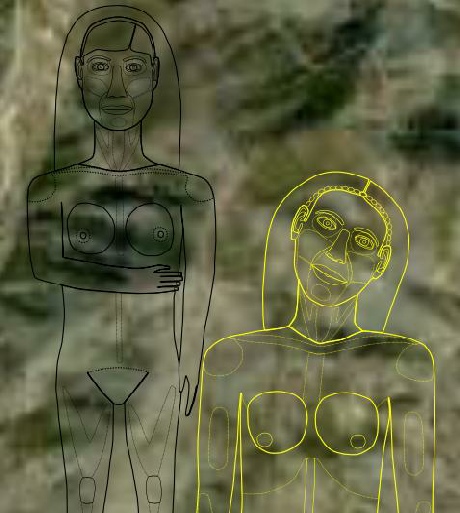 The FIMIOL That Institutions Do Not Want Seen - II

Help For Childless Women -  I 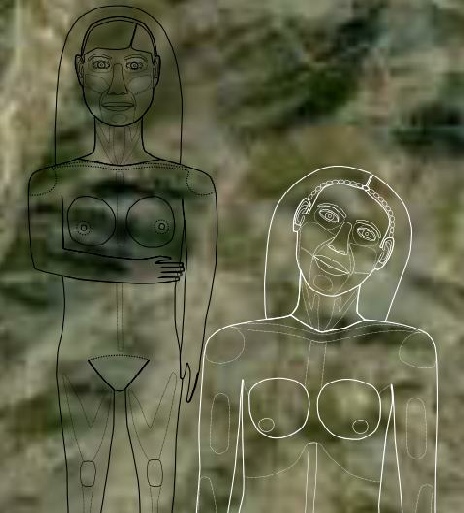