To date no FIMIOL photograph of a same-sex wedding or marriage has been found.

Given that such photographs imprinted on Earth’s surface over 60,000 years ago constitute law on the landscape of Mother Earth and therefore set legal precedents, is it not time that one against all odds be found and verified?

Advocates of same sex unions are cordially invited to provide evidence that marriage equality is endorsed by the Creator Eluhiym. With such provision there may no longer be any impediment to its legal endorsement. All natural disasters produced by Their reaction to it will then subsequently cease.

It makes one wonder, though, whether any government has done an Environmental Impact Study on the effects of legalising same-sex unions and calling them ‘marriage’. 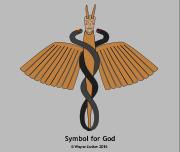 Naturally the Serpent Eluhiym or God are all for it, just as They are behind every other deviation of Yahuw’ah’s will, including adultery and divorce. Nations which trust in God follow Their will anyway. “By their fruits you will know them” (Matthew 7:20).

This said, no one is authorised to take the law into their own hands, like the mass murderer did at the “gay” Florida Pulse nightclub in Orlando on June 11, 2016. Members of the LGBTI community are entitled to full protection under the law.

Back to FIMIOLs of the First Wedding

There might be some debate about about the link between the two super storms experienced in South Australia and renewable energies at the end of September 2016. Yet when its parliament legislated to recognise overseas same-sex ‘marriage’ relationships, it unwittingly invited a very powerful reaction from Heaven - El Most High’s sword.

Of course, like many others I cannot recall when the whole state was blacked out like it was on the twenty-eighth. Prior to renewable energy policies forced the shutdown of the Port Augusta power stations areas would experience them while others carried on as usual.

On this Wednesday, though, the winds were so powerful that not only were wind turbines shut down, but lightning strikes on generators and the buckling of at least 22 pylons in five areas resulted in a statewide outage and the interstate connector cut due to overload. 23 pylons seems to be incorrect now.

It definitely had its terrifying moments. Furthermore this came on top of serious flooding two weeks earlier in the Adelaide Hills and a well above average winter rainfall.

During the previous week there had been more flooding in the central west of New South Wales and, prior to that, destructive flooding in western Victoria. Hints of further flooding in the eastern states will not make some families happy. Yet all this was happening while politicians were seeking or opposing a marriage equality plebiscite.

Some downpours were like the rain bombs experienced across the United States of America this past summer. Are these just the consequences of global warming or are they targeted storms taking advantage of warmer ocean temperatures and too much methane and carbon dioxide in the atmosphere? Again is it El Elyown’s sword?

What makes a targeted storm is where it develops and intensifies and then the path it takes. Usually it follows shortly after an issue contrary to the Creators’ will is being promoted or enacted in law. Where politicians and authorities ignore such warnings, it is not these but the people and taxpayers who foot the bill. They are the ones stressed out.

P.T.S.D. is rarely experienced by politicians, unlike the soldiers whom they send into war zones. It used to be the case that kings led their armies into battle. Now it is directives from afar.

While man thinks weather is just a natural event or geography at work, the Creator Eluhiym are really in control of it. Below is a list of the prime number energies which contributed to the storm. 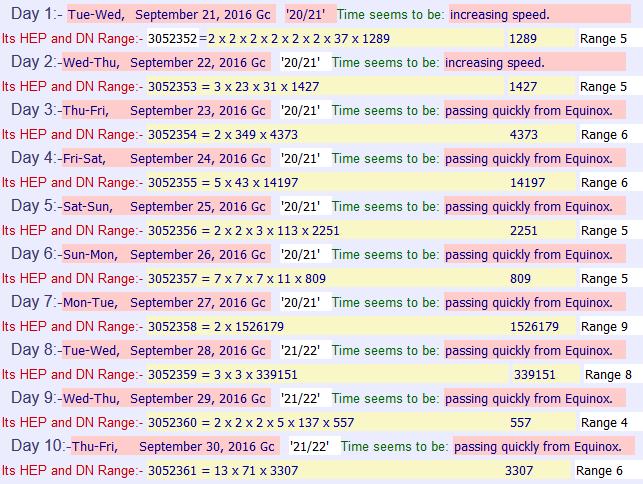 On the far right are range numbers. For six days in a row these energies went into creating an intense low pressure system. The smaller the primes, the narrower the system. Then they jumped to range 9, then 8 before dropping back to ranges 4 and 6. The bigger numbers broadened the system so that much of the state was affected. Further intensity resulted in two low pressure cells coming up from the Bight and crossing over central districts before heading east.

This is just one of the tools which the Creator Eluhiym, not God, employ to create weather events around the globe. In addition, the modules of the 24-Thrones (‘20/21’ and ‘21/22’) bring their own aspects as well. It was also interesting to hear meteorologists speaking of fast moving systems, which tends to reflect world, but not clock time.

Often during ‘21/22’ twins feature as individuals or events. Those two tornadoes which lifted roofs off homes and a church in the farming community of Blyth and well as flooding in the Barossa Valley and downstream is a reminder that other issues were involved in creating this very destructive storm cells. Had none of them featured, the storms would not have been a once in fifty years event and organised for another place.

At the same time as these super storms Ontario experienced widespread flooding during the royal tour of Prince William and his family in eastern Canada. That is another ‘21/22’ twin aspect.

Even before this module was finished two more powerful storm raged over Adelaide and across Victoria. Tornado like winds caused havoc in McLaren Vale and in Canberra on Tuesday afternoon after yet another boring plea to legalise same-sex marriage. And there are more to come.

So is it worth pursuing this dangerous agenda? Worry not about the expense of a now-defunk plebiscite. Think of the huge cost of these storms to infrastructure, homes, businesses and food production. Furthermore who helps affected people rebuild their lives and businesses? Certainly not the marriage equality advocates.

For a history of weather events involving attempts at marriage equality legislation, click here to open it in a re-sizable popup window.