One must always expect the God Serpents and Dragon to show up near Yahuw’ah and Yeshuwa. Ba’alzebub above is wearing the crown with Sinvesta underneath Him. All are keeping Their eyes on the Rider on the White Horse and Yahuw’ah with His law-writing right index finger. Like vultures They know that judgement is close at hand and They get all the rejections. The insert was inspired by the Caduceus, a symbol familiar to many in the medical community.

What Does One Do For Saving Faith?

Put simply, if one does not see the technological marvels revealed at Mount Ciynay and during the Exodus, then the key point of the exercise is missed. The language of Exodus is about observation and respect for the will of Yahuw'ah.

The laws given were so the people knew what was expected of them in His presence. They were not given for their own sake, but for the people to enjoy the amazing and grand technology displayed before their eyes day and night, month after month and year after year, as they slowly headed for the Promised Land flowing with milk and honey.

To see the Mosheh covenant as the basis for a new religion is to misinterpret the events at Ciynay. The wonder came first. The IRVs or chariots first appeared in Exodus 16, when the true Sabbath or Shabbat was set. This was two days later than the current Sabbath invented by Ezra the scribe upon his return from Babylonian captivity. As Lamentations 2:6 declares, Yahuw’ah caused the real Shabbat to be forgotten like Shelomoh’s (Solomon) temple.

The Hyksos army from Egypt was spooked by the pillar of fire. It perhaps thought the Rider on the White Horse was merely a vision of some kind and not real. When He withdrew after most of the people were on the other side of the Sea of Conclusions, it followed them down onto the dry sea bed to around 65m and were subsequently drowned. Did He drag the army down with His powerful energies? After all, the same sword energies had held them at bay.

Revelation 19:11 says that “He judges and wages war.” In verse 15 He smites the nations with this sharp sword and will shepherd them with an iron staff; “and He treads the wine press of the fierce wrath of El Shadday.” So He is the Judge acting as Yahuw’ah’s Messenger on His behalf. Here He waged war, then defeated and judged the Egyptians. Genesis 18:25 also calls Him “the Judge of all the earth.” It was Yeshuwa who destroyed Sodom and Gomorrah, not Yahuw’ah.

In the FIMIOL the Lamb on the Horse is overlooking the two tablets, since they represent the standard by which all men are judged. Yeshuwa judges those who follow religion, including making them sick. The sins of the fathers are visited upon the children as far as the third and fourth generations of those who hate and disrespect Yahuw’ah (Exodus 20:5). Here They work together.

Behind The Golden Calf

It has now been established that neither He nor Yahuw’ah are God, since Ba’alzebub and Sinvesta, as well as OM the Dragon, are also present on that mountain. They were behind the making and worship of the Golden Calf, which was part of the dairy cow religion of Hathor with its enticing but life-shortening milk, cheese, cream and butter products. 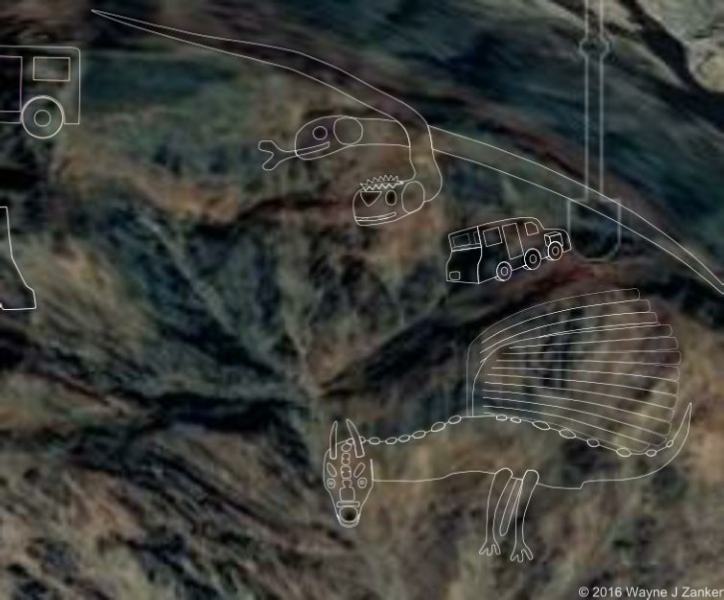 Mount Ciynay and Choreb became the air fields for these heavenly chariots even before Yahuw'ah of Eluhiym spoke as He introduced the people to the Ten Commandments. The relationship conditions laid down came later. Again there was to be no religion, since religion assumes a deity whose presence cannot be seen.

Ironically, Yahuw'ah did not make Himself readily visible to the people and the only deity they knew was Hathor; hence the Golden Calf. As this FIMIOL attests, for Mosheh to see Him He had to descend from the cloud and could only view Him from behind.

What the Jewish fathers did was forget the marvels and create esoteric traditions using their imagination, then made the covenant rules the be-all and end-all of their religion.

They also silenced the name of Yahuw'ah after removing the Lamb on the White Horse from the sacred texts and reinventing Abraham as a monotheist. Effectively they cut themselves off from their own salvation. And Yeshuwa rebuked them for this. In doing so He paid the price with His life. Yet He only died for the circumcised.

With the worship of deities prohibited in the first public announcement by Yahuw'ah in Exodus 20, what does one then do for faith?  Nothing more than to accept His Presence and Mosheh as His prophet and live according to the common sense conditions set out in the covenant. “They have Mosheh and the Prophets” (Luke 16:29).

Later Yeshuwa taught the Twelve and their followers to take a more proactive approach, but God would have none of that. Two millennia later as the anniversary of His ministry approaches, once again humanity is being given another opportunity to be proactive. 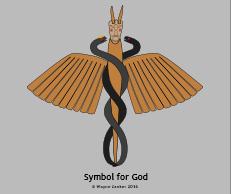 Mosheh standing behind El Shadday [Yahuw’ah], so His face could not be seen.