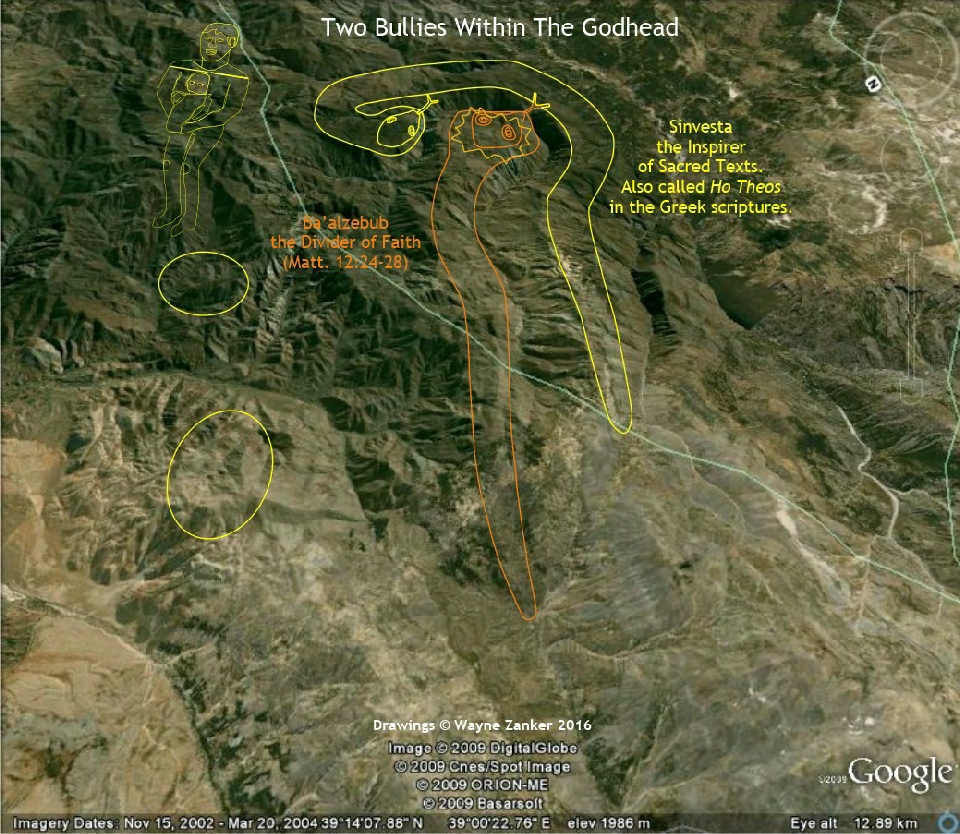 While tidying up this mapping image, a glance to the left revealed a man holding a baby, perhaps Adam with Abel. Further forms were observed and circled for later investigation. This is how fluid it gets. FIMIOLs begin with the main subject, then others start to come into focus, requiring a lot of further research and detailing.

In the two images below one can see the Serpent’s mouth open and baring His fangs. He is in a threatening pose, since He never wants Adam to agree to Yahuw’ah’s request to be circumcised. It is the same story throughout all time. Satan frightens man into remaining intact. 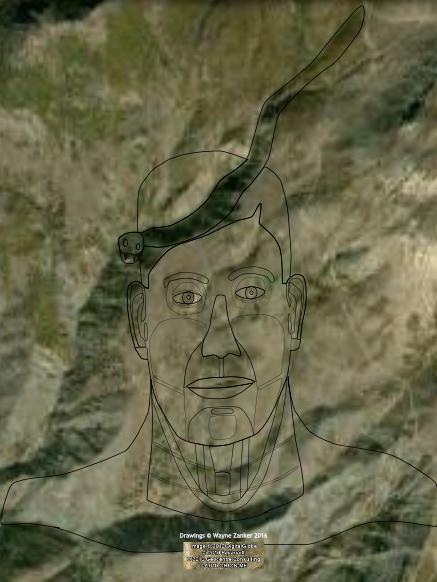 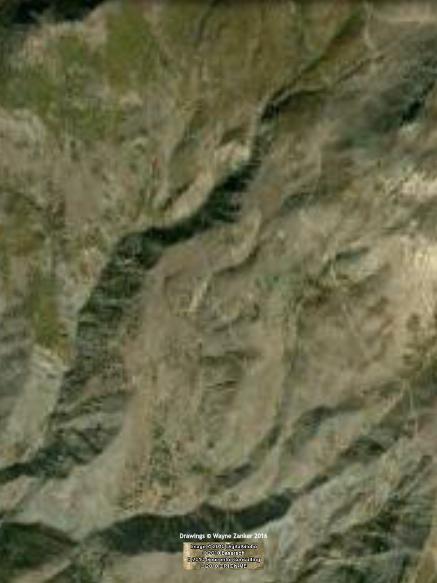 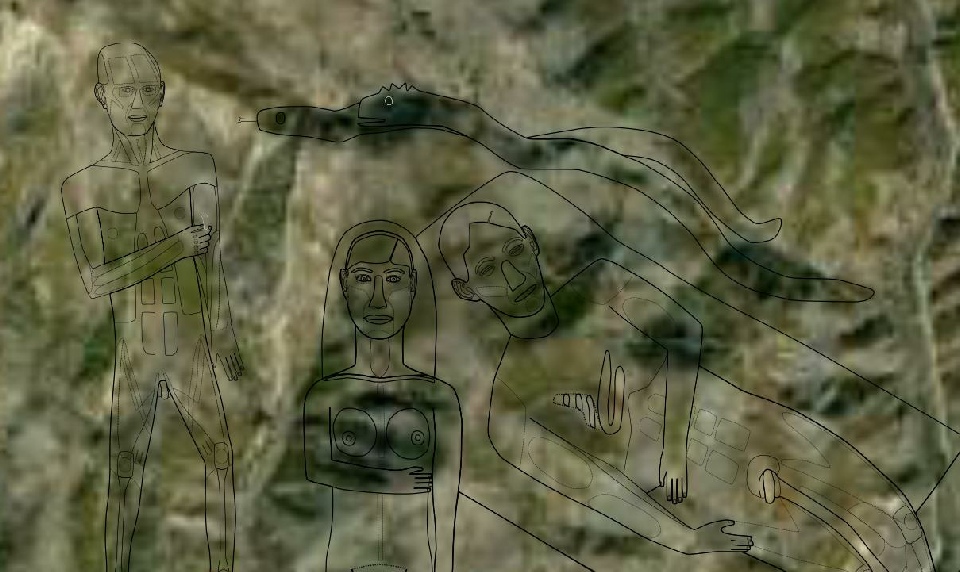 During the surgery to create Adam’s Bride Chav-vah (Eva), God as the bullying serpents Sinvesta and Ba’alzebub makes Their Presence felt. While They do appear small here, it really is a matter of perspective. Their photograph was reduced in size and placed where Yahuw’ah in muscle dimension can be seen standing up to Them, while They ensure it is his rib which is removed and later replaced, and not his foreskin. Of course, these two bullies are always going to make trouble for the man and woman in the marriage environment.

Back to previous images of God

FIMIOL of Lake Of Fire …