The Wedding of Adam and His Wife Chav-vah (Eva) 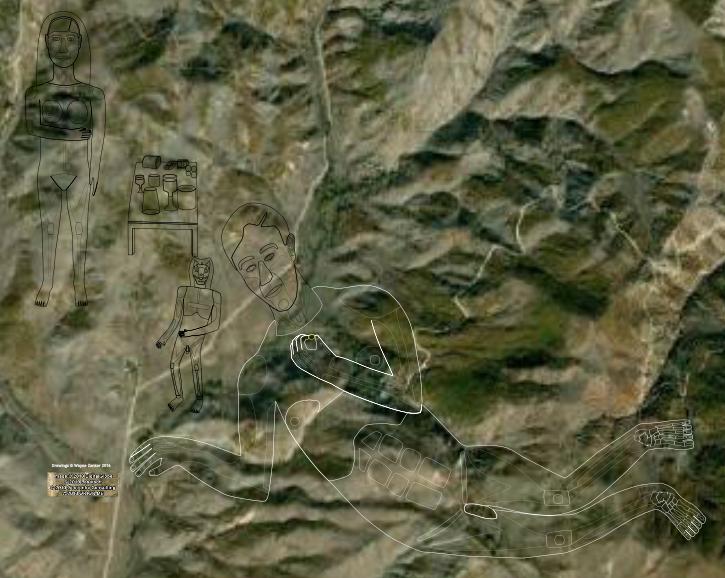 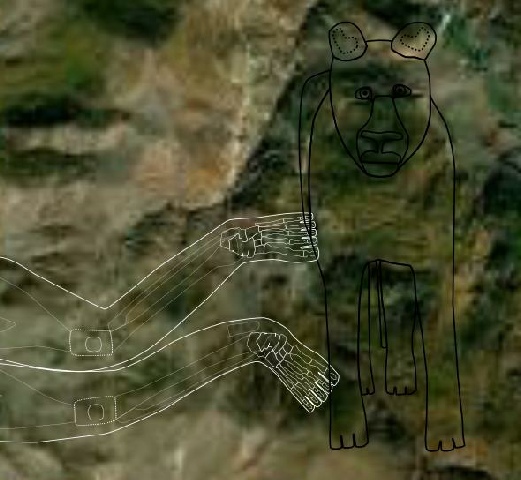 This scene has all the essential elements of a true marriage between a man and a woman. It has a celebrant, namely the seven-eyed, seven horned Lamb of Eluhiym, a male and female and a table with food and wine on it.

Chav-vah is wearing no more than a bridal veil with her hair tied up in a bun. She was 4’ 10 1/2” tall. Between her hips and above her thighs is part of her soul where she makes decisions. Another FIMIOL of her is also featured on this landscape.

Adam is reclining and eating a grape. Observe the skeletal bones in his feet and ankles. It was a surprise to see them and fun drawing them in. He, of course, is intact. God ensured that he stayed that way all his life, so that They could claim him for all eternity. Cain would also remain intact, yet not Abel, whose sacrifice was acceptable to Yahuw’ah. His sister removed his foreskin.

On the table are two partly filled glasses of wine, a carafe and some bread, fruit and nuts, all catered for by Heaven and delivered to the Garden of Eden. Chav-vah’s hair was styled by Mowsiyah, the Eluw’ah in whose image and likeness she was created. FIMIOLs of her will be published in the months and years ahead. Click here to read part of the discovery interview.

No wedding ceremony is complete without a celebrant. While the Father Yahuw’ah had created the two of them during the previous hours on the Sixth Day (Sat p.m. - Sun p.m.), Yeshuwa is, in fact, the Lord of marriage and those couples who honour Him throughout their years together usually stay together. He also said that “whatever Eluw’ah has yoked together, let no man separate” (Matt. 19:6). Marriage is for life and there are spiritual resources available to enrich it till the end, resources currently not used.

Inter-layered with Adam’s feet are two animals. One is a gorilla in a squatting position, the other is this lioness. Only the lioness appears here as a FIMIOL. What, if any, is the significance of this? That man is a hunter-gatherer like the gorilla and lioness perhaps? 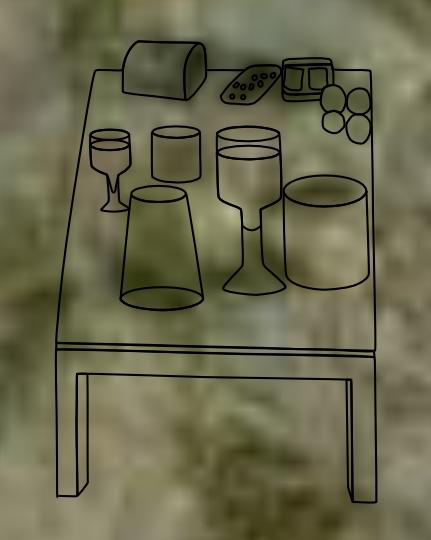 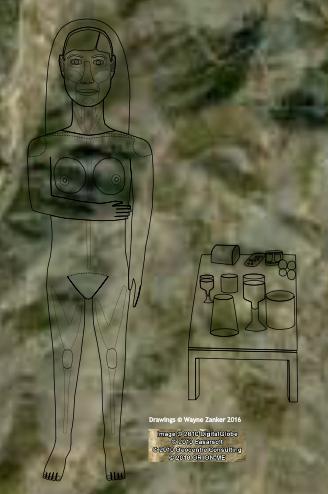 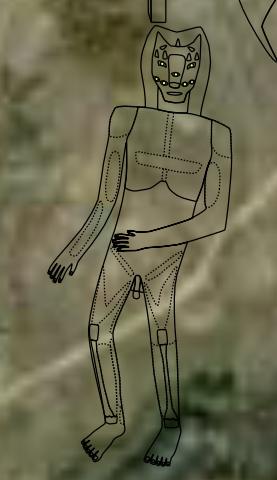 Marriage may be defined as a binary spiritual environment. It is a reserved term used to describe this phenomenon. The woman or wife, rather than partner, is a manifestation of the binary 1, like the proton in the nucleus of an atom. Ones are full of energy and light, like the sunshine of her cleavage.

The man or husband is a manifestation of the binary 0 which provides the space for her and is equivalent to the neutron in that nucleus. What he lacks in light he makes up for in strength and discipline. Electrons are the children born in the marriage.

In this spiritual environment a life-long commitment is made. Here the man has left his mother and father and now cleaves to his wife and her family. The two become one flesh by virtue of procreation where the wife’s mitochondrion DNA excludes his family’s mitochondria DNA in the developing life form within her womb.

Sexual consummation plays an initiating role in becoming one flesh. Failure to do so, however, provides no grounds for divorce. Adam and Chav-vah spent over sixty years in the Garden of Eden without engaging in sexual intercourse, due to their consumption of the fruit from the Tree of Life, visible on the table above. In Glory where this fruit is eaten regularly there is similarly no sexual intercourse or coitus.

In every act of procreation the Father Yahuw’ah is always present. He observes the path of the sperm into the ovum and the creation of life including the soul at conception. Without His presence no life is created. The statement in Genesis 4:1, where Chav-vah has given birth to Cain, completes the definition of marriage.

Chav-vah is holding her new born son Cain  on the Garden of Eden landscape.

Where sexual partners belong to the same sex, that Presence is missing. There is no environment for creating a new life and one flesh. As such there is no marriage and no authority to call any distortion or perversion of it marriage. Again, marriage s a reserved word.

This definition is written on the landscape by the Creators and Owners of planet Earth. They have never given authority nor license to any man, woman or human institution to change it.