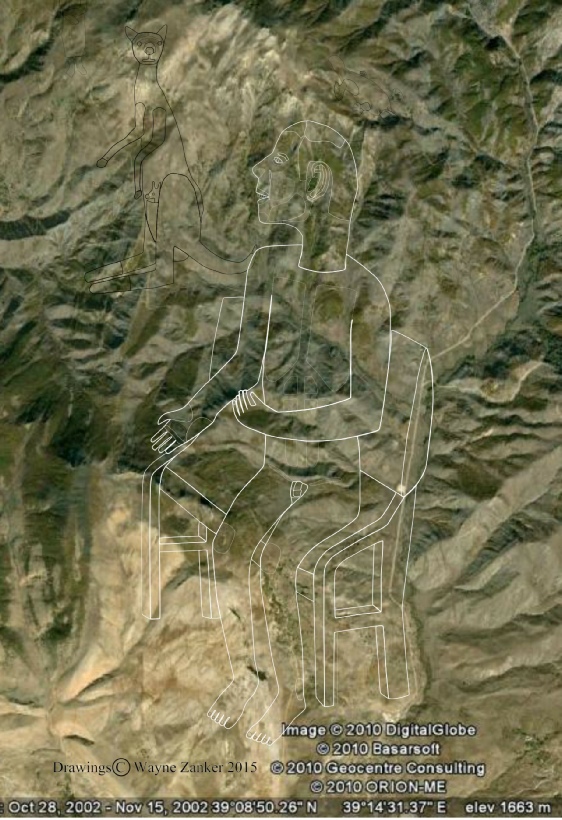 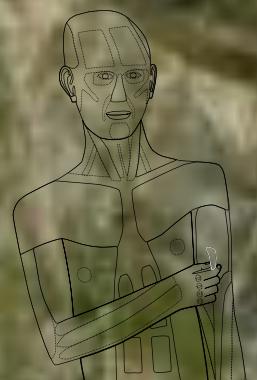 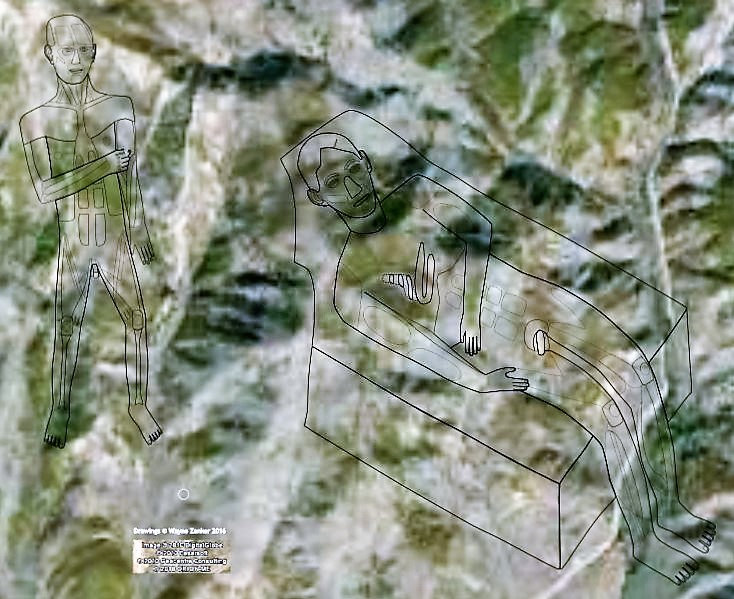 Yahuw’ah of Eluhiym (falsely called the LORD God) is well represented on many of Earth’s landscapes. Here on the left the Creator of man as male and female in Genesis 1-2 is sitting upon His Throne looking towards a kangaroo with a joey in her pouch and other Australian images. Observe how He has male pattern baldness.

Above, He is the Surgeon with a scalpel in His hand, used to remove and replace Adam’s right T 6 rib to make his DNA compatible with  his wife to be. He appears in muscle dimension.

These FIMIOLs demonstrate how very little humanity knows about its Creator. Yet they clearly match the narrative in Genesis 2, Yahuw’ah fully rejects the notion that He is God. In the Law and the Prophets He revealed Himself openly to many people, as did Yeshuwa. So He was seen often by them. Adam, Chav-vah, Abraham and Sarah, Mosheh and Aharon, David and Shelomoh and the Prophets all saw Him. And He wanted to be seen, but not as the product of vivid imaginations. Why would He put so many FIMIOL photographs of Himself on the landscape?

Like the previous verses which mention grace, of which Yeshuwa never spoke, John 1:18 was also added later by the Pauline school. The same applies to 1 John 4:12.

Observe, too, the differences between Exodus 33:18-23 and 34:1-9. Mosheh actually saw His face. What does Numbers 12:8 say? “Mouth to mouth I speak with him, and by appearance and not in riddles. And he scans [looks intensely at] the form of Yahuw’ah.”

Yeshuwa’s mother Miryam also beheld His face when she physically conceived Him, so losing her virginity. Furthermore, the Spirit of Eluhiym who descended upon Yeshuwa at His non-immersion baptism was visible as one of the Seven Spirits. So why would the author of the Fourth Gospel contradict himself several verses later? A liar has played with Yohannan’s texts.

Someone in the Buddhist-based Pauline school has clearly had a lend of his followers. Yet there is truth in those words. They refer specifically to the Serpent Eluhiym, not the Creator Eluhiym. It is They whom no man has ever seen or can see. History has ample evidence of this.

But for the FIMIOLs of the Serpent Eluhiym or God no one would be any the wiser. However, the influence They have over man’s mind through soul viruses is enormous. It is time to break free of them.

Back to Dark Pit and Lake Of Fire

The Wedding Of Adam and Chav-vah