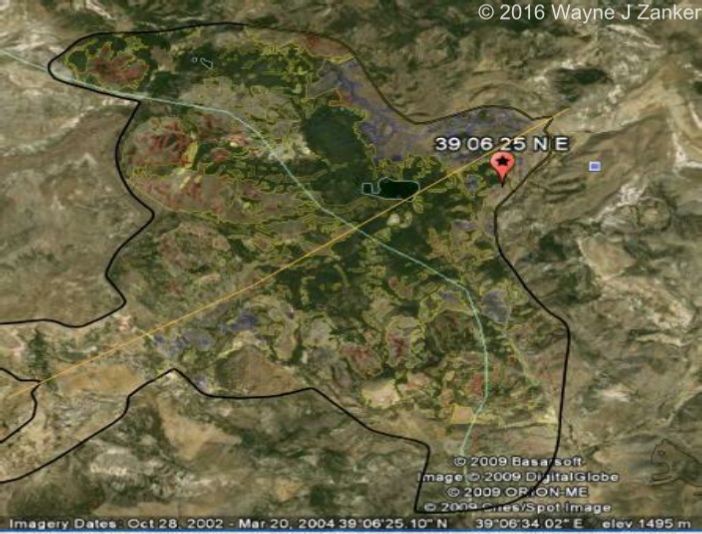 FIMIOL of the Dark Pit and Lake of Fire

This is a phoenix-like, thermo-mapping FIMIOL of the dreaded and highly conspicuous Dark Pit and Lake of Fire encompassing and to the west of 39 06 25 N and E. So one can now know what is meant by these terms. The darker the green, the cooler is the area. The lighter the area, the hotter it is. Both head and tail are the hottest areas and tend to make travel from one to the other somewhat challenging.

In the actual location visible in the far distance from Heaven there are over 84,000 versions of this fiery bird module (FBM). All are linked together to form a very long chain and cater for the huge number of human souls enslaved to God who do not make it to Glory.

Factoring in those still to be sentenced, when the number finally reaches 86,400 (= seconds in a day), then the Day of the Lord will begin for planet Earth.

Yet will this be the end of the human species? Might there perhaps exist another planet like Earth -  call it Eden -  to which selected members of the human population using IRVs could migrate? Did not the Nephiliym come to this planet after the Fall and help build towns and population numbers, even assisting with Noach’s Ark?

If such a planet had a breathable atmosphere, vegetation, seas with fish as a food source, a sun, 24-hour day, no man-made pollution, who would not want to live there? This planet, though, would not be for every one. There would have to be a vetting process for suitable candidates. Who will determine the criteria? 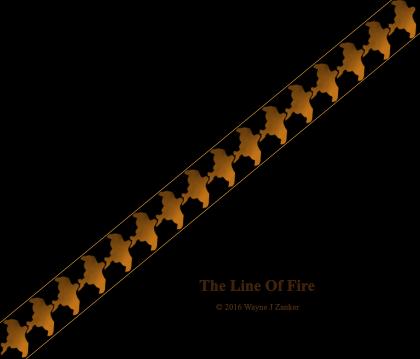 Now think of a straight line like this over a million miles or 1.68 million km long and slightly more than 15 mi. or around 25 km wide.

Each fiery bird holds up to five million inhabitants.

Navigation in this starless environment is slow and challenging, with no roads, forms of transport, signs, maps or information centres for guidance. Its maze-like structure is initially very confusing.

Really, this is no place to spend an eternity of millions and millions of years. Yet over 99.9% of the world’s population ends up here for reasons already explained on FIMIOL.COM.AU in the Crime Scene articles. Some 50,000 IRVs are involved in transporting them to trial and after sentencing.

When the FIMIOL at the top is complete -  its shape kept on changing as its real form slowly revealed itself -  sections will be magnified to provide a detailed look at what to expect if sent there. The significance of 390625 will also be explained in The Poisonous God e-Book.

Back to more images of God