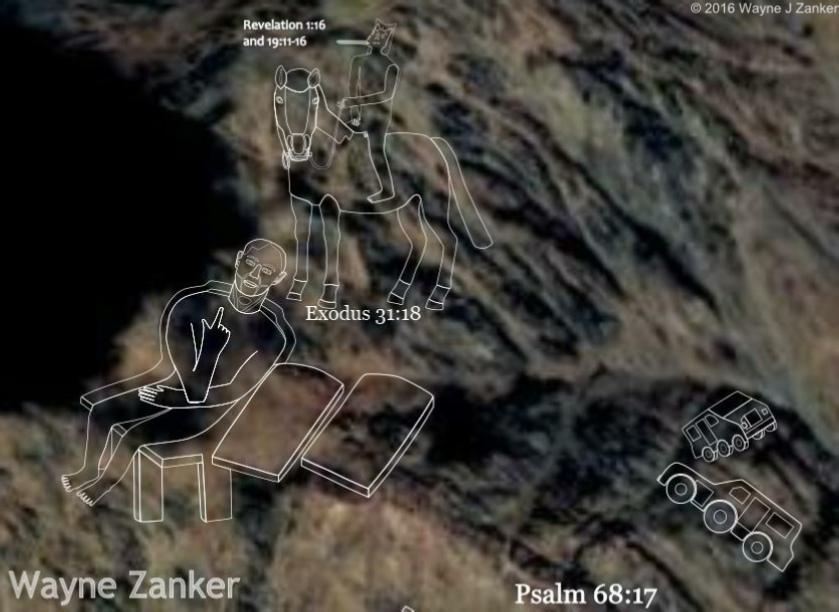 What is He doing there? Well, He is also the Angel of Eluhiym who positioned Himself between the Yisra’elites and the Egyptian army, but behind the Pillar of Fire (Exodus 14:19). In Judges 13:6 He is the Angel of Yahuw’ah who appeared to Manoach and his wife like the Angel of Eluhiym. So the memory of that was still fresh in the people’s minds.

Roman and Greek religions, however, hammered the final nails in the coffin. When Marcion the bishop of Sinopé in the second century began promoting the adapted Mahayana Buddhist philosophy of the apostle Paul, this spelt the death knell of His attempt to create these vehicles over 1900 years ago.

It is difficult to accept that governments might not want to take a controlling interest, although they dismiss the notion now. Yet it is best done this way, since only one man has the right contacts to develop its navigation system. Building a working prototype is another matter.

With the disposal and storage of nuclear waste an ongoing concern, perhaps dedicated vehicles could remove it from the planet and get close enough to the sun to release it into its gravity field. Nuclear weapons could similarly be disposed of, a task only governments can organise.

Now with no way to track a relocation vehicle as one does aircraft in transit, then some other way of managing their traffic will need to be created and established.

Law enforcement agencies will want to keep an eye on things too, especially with the temptation to transport illicit drugs from a producing nation to its market destination. The same with weapons and illegal shipments threatening a nation’s bio-security.

Since it is a vehicle with heavenly origins, then using it for making war would be immoral. War is mostly God’s business, although Yeshuwa as El Most High does make use of armies to punish people.

Anyway, it is totally unsuitable for battle. Once the glass cube is shattered by a bullet, it would be grounded. Guns had not yet been invented during the time of the Exodus or building of Noach’s Ark.

Yet they are the ultimate stealth machines, making little sound and not showing up on radar until re-entering time and space.

Soldiers wounded on a battlefield, though, might benefit by being brought home as quickly as possible on board an IRV to receive the best possible medical attention near their families or at major hospitals. However, it would have to be from a safe facility. Their cubic engines do light up and make them a target.

Visas would be more difficult to police as well, since one could enter and leave another country without going through customs, although a trip to a special restaurant interstate would make for a nice evening out - or just to visit friends and family.

Common courtesy should be required and applications filled in and sent before leaving. Penalties would then apply to illegal entry. Having a local authority on board may become a pre-requisite. This would mean more jobs as well. Then what about departure taxes?

The engine in the cube only creates a frequency and is fully contained. A photographer could stand alongside one ready to depart and get some interesting shots. It would be probably be unwise to hang on to the outside, though, until safety is assured.

In the past construction workers have worked safely alongside them. With the laws of gravity suspended they are capable of repeatedly putting heavy items into position on a construction site.

The Lamb On The White Horse

The prohibition of serving other eluhiym before Yahuw’ah in Exodus 20:4-5a is a difficult concept to grasp. At the time He was the front man for Eluhiym, like Mick Jagger is the front man or lead singer of the Rolling Stones, Paul McCartney of Wings, Peter Garret of Midnight Oil or Freddy Mercury of Queen. Think of the singer’s name and the band comes to mind. So with Eluhiym.

Yet where the Hebrew text has Eluhiym, as it does in Genesis One, El Elyown or Yeshuwa the Lamb may be the front man. Yahuw’ah of Eluhiym is the Creator of Adam and Chav-vah in Genesis 2 and 3. In the attempt to turn Abraham into a monotheist, Yahuw’ah was repeatedly inserted in the text of his narrative, even though he was unaware of such a name, according to Exodus 6:2-3.

The deceiving Serpents called God may send prophets to start new religions, but till now the Creators have not sent any one since the first century CE. According to the angel Gabriy’el there has been no new revelation since Yeshuwa’s day. FIMIOLs are not new revelations, although the concept is new. They exist primarily to support the original narratives.

Now the mapping image in which eight of the ten IRV FIMIOLs exist features others which viewers may find disturbing. Yahuw’ah sitting next to two stone tablets with His right index finger protruding has already been pointed out.

Overlooking Him, though, is the Imrah or Narrator of Eluhiym (not the Word of God) with a sword proceeding from His mouth and riding on a white horse. The sword is easy to see without its FIMIOL line drawn in (see insert). Only Yohannan in Revelation 1:16 and 19:7-11 speaks of such a sight. The Imrah is also my teacher (Matthew 23:8).