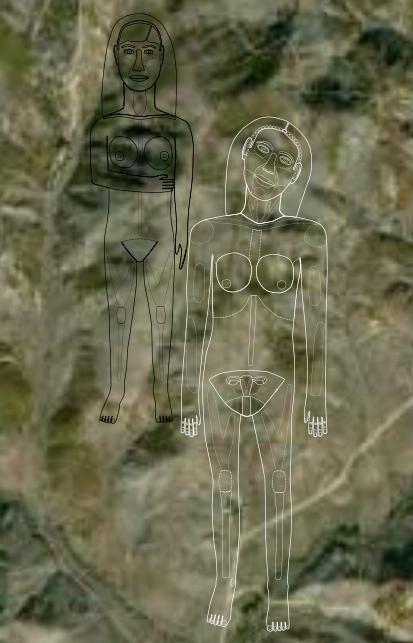 The FIMIOL Institutions Do Not Want Seen - I

Back to the Australian Connection

Standing to her front and left at her wedding to Adam is the guest Mowsiyah, the female Eluw’ah in whose image and after whose likeness Chav-vah was created. She is one of the seven Spirits of Eluhiym.

Naturally religious and scientific institutions do not want this FIMIOL shown, since it calls into question everything they say about the origin of the female human specie. Even though Genesis 1:26-27 spells it out clearly!

Where she differs from Chav-vah in appearance is that she wears the image of a vagina and uterus on the front of her lower abdomen, specifically to define what it means to be woman.

Chav-vah and Mowsiyah, the only human-like female among the Creator Eluhiym, are placed strategically here on the landscape to show the resemblance between the two. There are at least six FIMIOLs of Her at various locations. 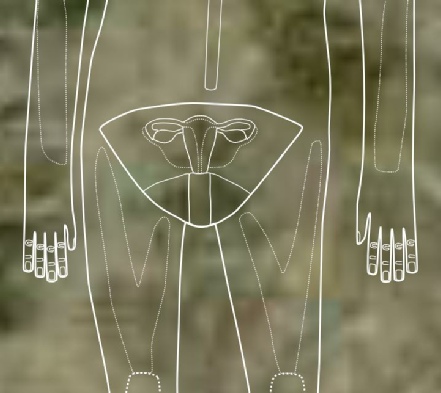 The wider patch beyond these encompasses that part of her soul which makes decisions. Private parts are basically hidden behind the energies of its computer architecture. The bowels hold the computers which express emotion, while those at the knees deal with three-dimensional space.

One is a female only if born with a vagina and uterus and possesses both the capacity to become pregnant and remove male mitochondrion DNA from her embryo.

One cannot be transformed into a woman through surgery. Imagining oneself as a female in a male body is just that: imagination acting on soul viruses which have infected the mind of the would-be male or pretmale.

Likewise one is born a male if one has a penis, testicles and the capacity to create sperm to fertilise a female ovum.

The removal of one’s testicles and penis and the growth of breasts through hormone treatments does not qualify one to be a woman. Soul viruses working with the infected person’s imagination can only create a pretfem, that is, a pretend female. Both male and female are reserved terms. 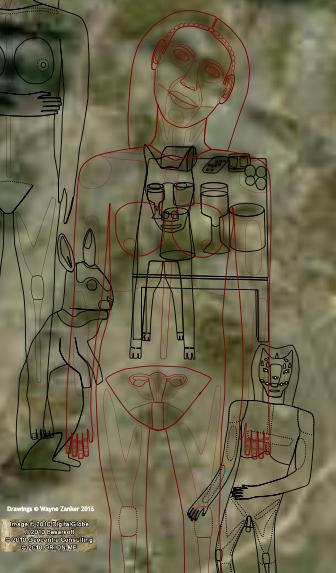 When first looking at Google Earth 3-D satellite mapping images, one may begin to see vague looking shapes. Yet as lines are drawn in at varying magnifications, greater details emerge.

Chronology plays an important role here. It was surprising enough to discover Yahuw’ah as the surgeon, Chav-vah as the bride, Adam lying in a deep sleep and then reclining while eating a grape, the laid out wedding table and Yeshuwa the celebrant. All these are visible on the one layer.

And what a great find that is. This was also on top of several animals and mammals. Then to see that there were many wedding guests on the landscape took the discovery to a new level and other layers.

So drawing in the FIMIOL lines for Mowsiyah (pron. mow-see-yah) and others now became possible by switching off layers. When done, she stood out on the landscape like no other.

Just to indicate how multi-layered this scene is, the wedding table layer and others have been switched on. The effect can be seen on the left. 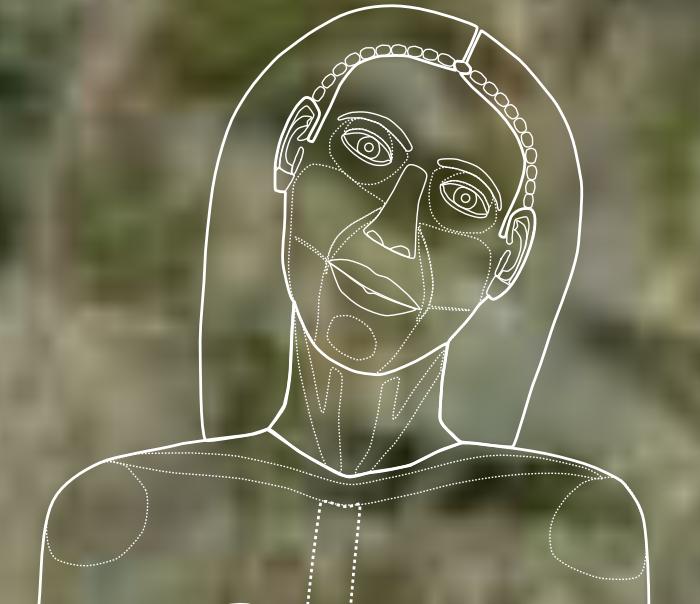 Those rewarded with Eternal Life will meet Mowsiyah face to face. Sometimes she walks around clothed, at others naked, just like in this wedding scene. Sexual arousal does not occur there due to the suppressant in the fruit of the Tree of Life (Matthew 22:30). Mowsiyah is also interested in meeting people before they die.

If a girl likes to wear jewellery, then She is her inspiration, for She enjoys wearing it and has a great collection. To ensure girls on Earth can wear beautiful rings, pendants, ear rings, bracelets and broaches, as well as hair pins and head bands, She demanded that gemstones be scattered in Earth’s shallow mantel, created by natural forces interacting with chemical solutions over long periods of time.

Earth’s age is about 4.5 billion years and She has been around for 13.4 billion years. Those who dig and mine for them are driven not just to get rich, but to bring joy to a woman’s heart. One could say the same about chocolate, yet that subsides once eaten. Gems are there for the long haul and become more precious with the passage of time.