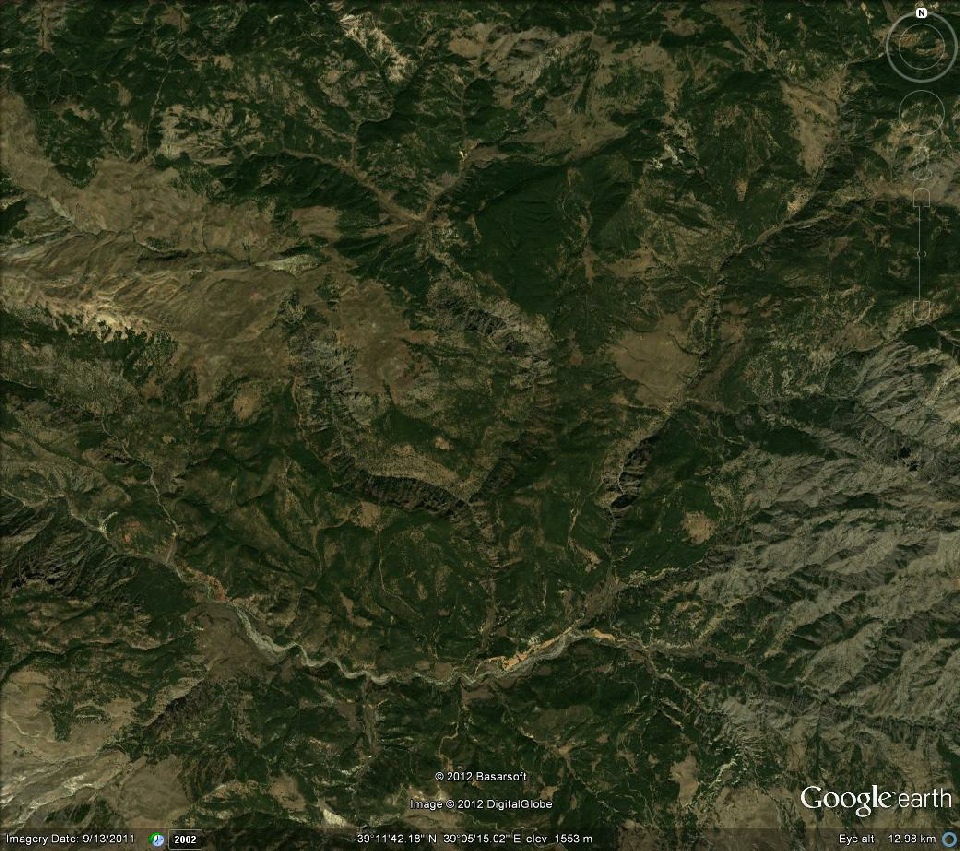 Below is a more recent Google Earth 3-D mapping images. While Ba’alzebub is easier to see, Sinvesta is obscured by darkness, reflecting her real nature. The above image is probably only one of a kind, since the archived version is now incomplete.

While the third member of the Triune God may be seen further south, and there He is a reticulated python, His alter ego as the Dragon OM also appears in four other known FIMIOLs. This one is east of Antakya in southern Turkey near the Syrian border. OM is behind all the sectarian strife there, being the creator of all religions. Satan, as He is also known (Rev. 12:9) has never taken the form of a man or woman. That is just religious imagination at work.

God gets to keep the souls of all those killed by the senseless violence committed in His name. Rarely does one go to Eternal Glory. That is not religion’s true purpose. 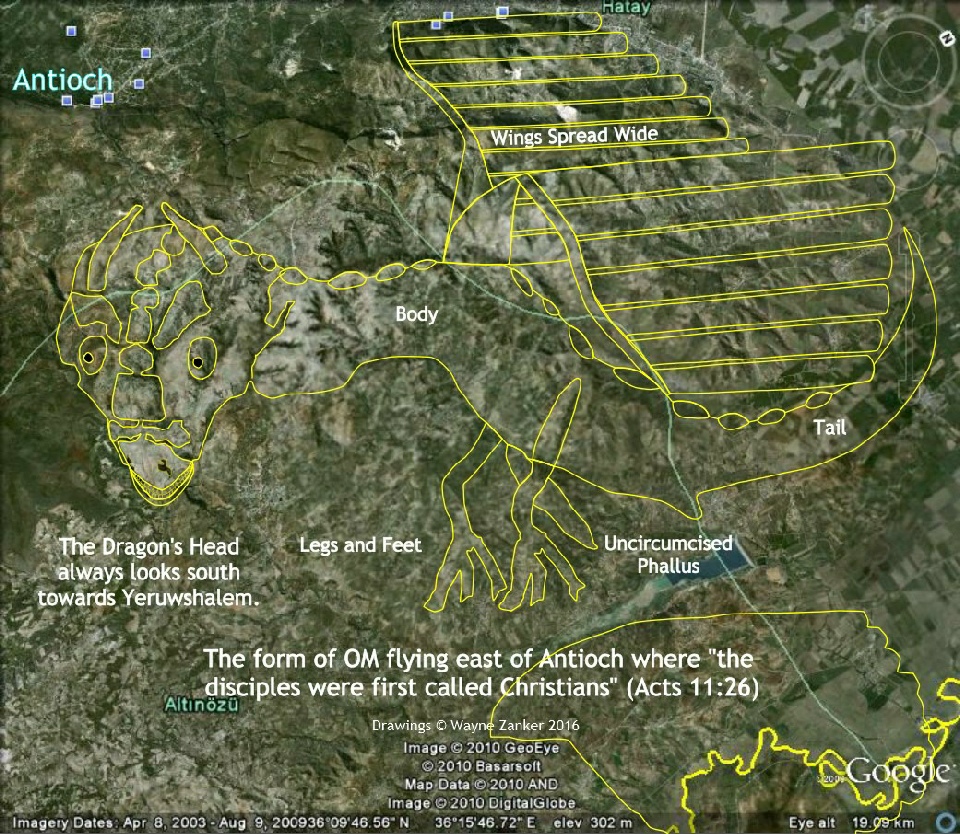 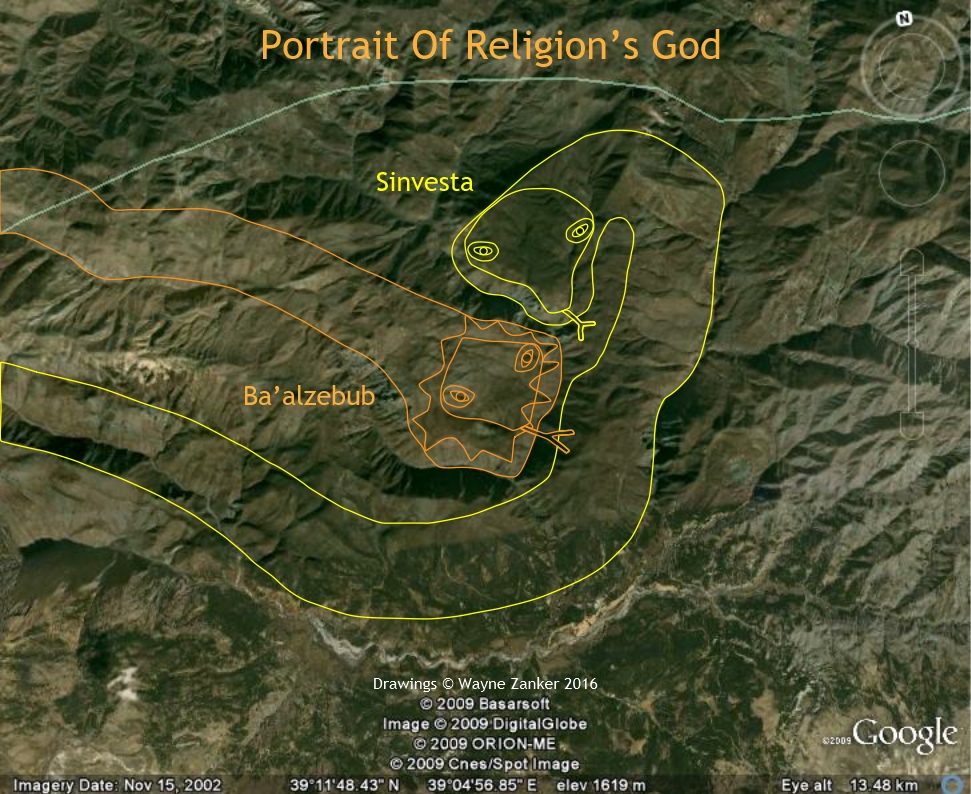 For more FIMIOLs of God …

Back to Photographs Menu